Our resident tuk-tukkers have been making steady progress on their charitable adventure from Cape Town to Kenya to raise funds and awareness about Africa’s endangered animals. And by steady, we mean a top-speed of 40km/h in their three-wheeled tuk-tuk, nicknamed, ‘the beast’. Having left Cape Town a bit later than expected due to unforeseen forces of nature causing chaos, the intrepid trio, literally hit the road, the R355, aka the longest dirt road in Africa, to be exact. Driving ‘the beast’ is no easy feat at the best of times but with terrain that a 4×4 would struggle with, it is more hair-raising, and even slower. Still, the guys sucked it up and persevered with their mission, completing the notorious R355 without a single puncture or issue. A beast indeed! Along the way, the guys have maintained their sense of humour and shared humbling experiences of the generosity of strangers they have met along the way, some breath-taking sunsets and enjoying Africa’s wildlife at its natural best.

In Botswana, they were lucky enough to be involved in the Race for Rhinos – a thrilling aviation race where around 100 light aircraft of all kinds and from all over the world, take off and land directly on the hardened salt pans of Sua Pan, next to Lekhubu Island – one of Botswana’s national monuments. The visual spectacular is all in aid of protecting Botswana’s Rhino population so it was right up the Barefoot Adventurers’ street. There are some incredible photos and video footage on their Facebook pagewhich is worth a visit.

Read more about their time in Botswana on the blog and stay tuned for more as they cruise through Zambia, stopping at a series of conservational pit-stops along the way. 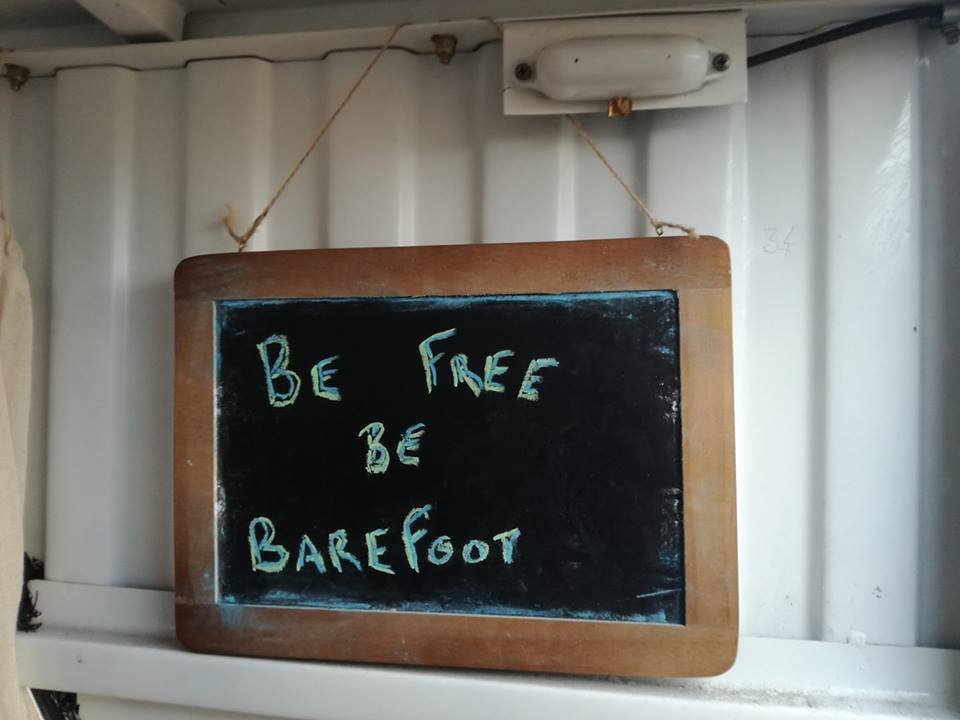