Some of Shospec team recently got their hands dirty – literally – by doing a series of clean-ups in and around the Bisley Valley Nature Reserve.

The reserve – a 350ha patch of thornveld situated on the outskirts of Pietermaritzburg – is home to an abundance of wildlife such as giraffe, zebra, impala and a plethora of bushveld birds. A road through the reserve links Thornville/Umlaas Road with ‘Maritzburg – unfortunately this means that some people choose to leave a trail of debris in their wake as they admire nature. Go figure.

In an effort to restore this beloved oasis of nature back to its rightful state, we’ve joined forces with other concerned nature-lovers and residents to collect rubbish in the reserve and on Gladys Manzi road (Murray road) on the outskirts of the reserve. So far, nearly 100 bags of rubbish have been collected and taken to the dump.

We say leave only footprints, but not the carbon kind! 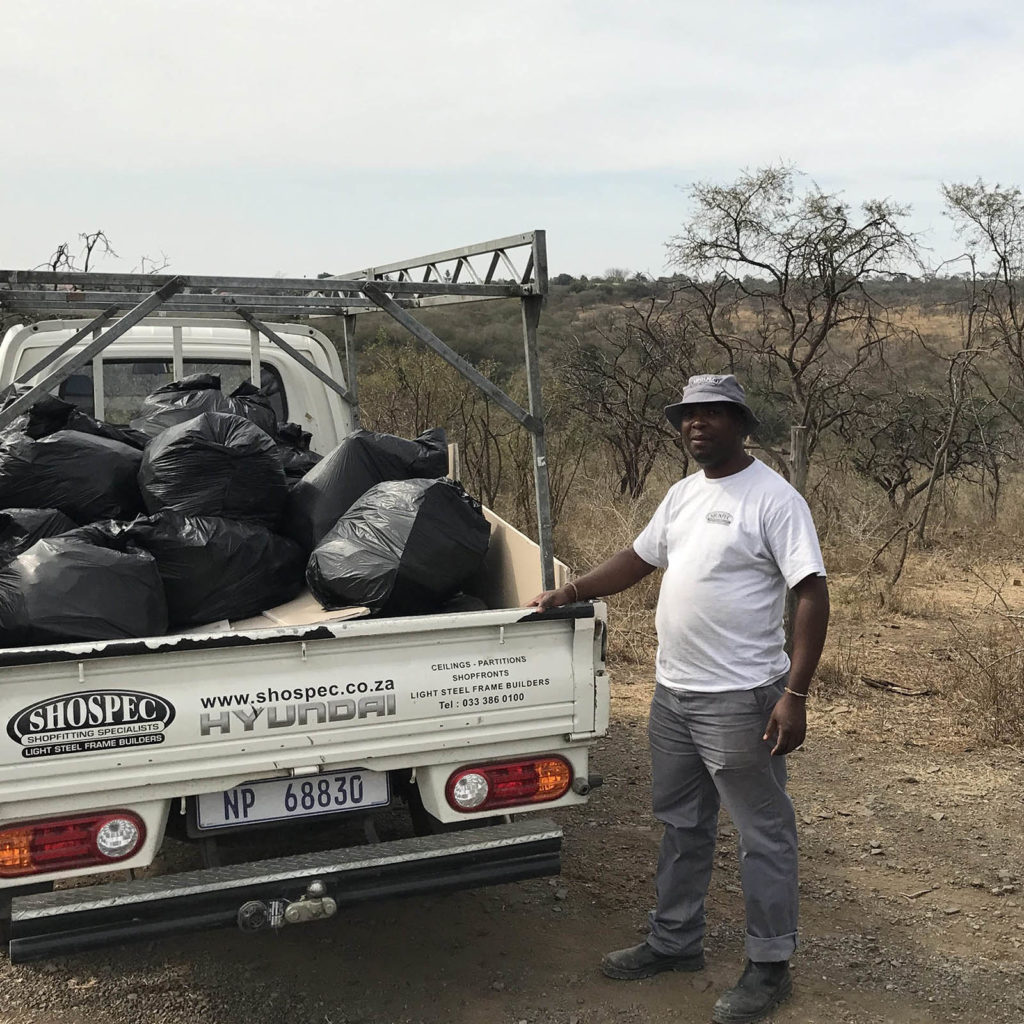 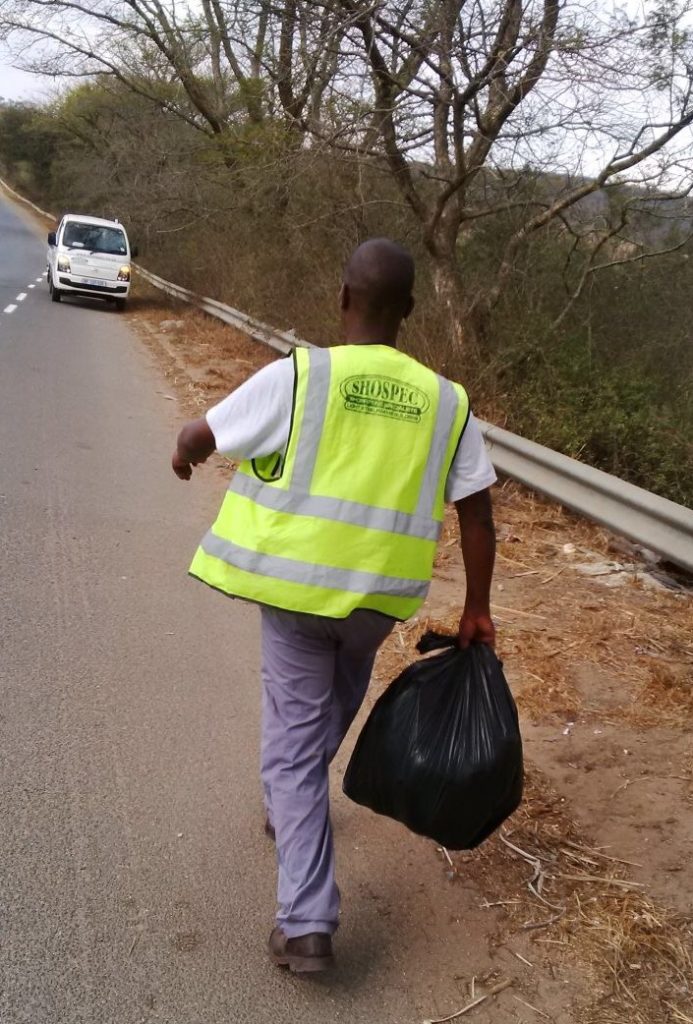