One of the most technical and challenging projects in Shospec’s existence was the Audi Showroom in East London which we constructed back in 2012/2013. For this 2 000m2 state-of-the-art showroom, Shospec built three curved walls that ran an excess of 6m high and at a 60° incline, which pushed the design and fitting teams to new heights – literally. The curved walls also showcased the versatility of Light Steel Frame as they were around 20m in length with light pockets and large openings in places.

Bulkheads, skimmed ceilings and metal pan ceilings were also part of the R1,7 million contract. To add insult to injury the project was made even more daunting as the suspended ceilings and bulkheads were mostly curved at wall junctions with shadow line perimeter cornices. In other words, the job was highly specialised and technical to complete. Four years later and the design still fits the sleek design of the cars it houses – it’s no wonder it was recognised by the Master Builders Association and the Southern African Institute of Steel Construction, winning Shospec two awards of excellence. 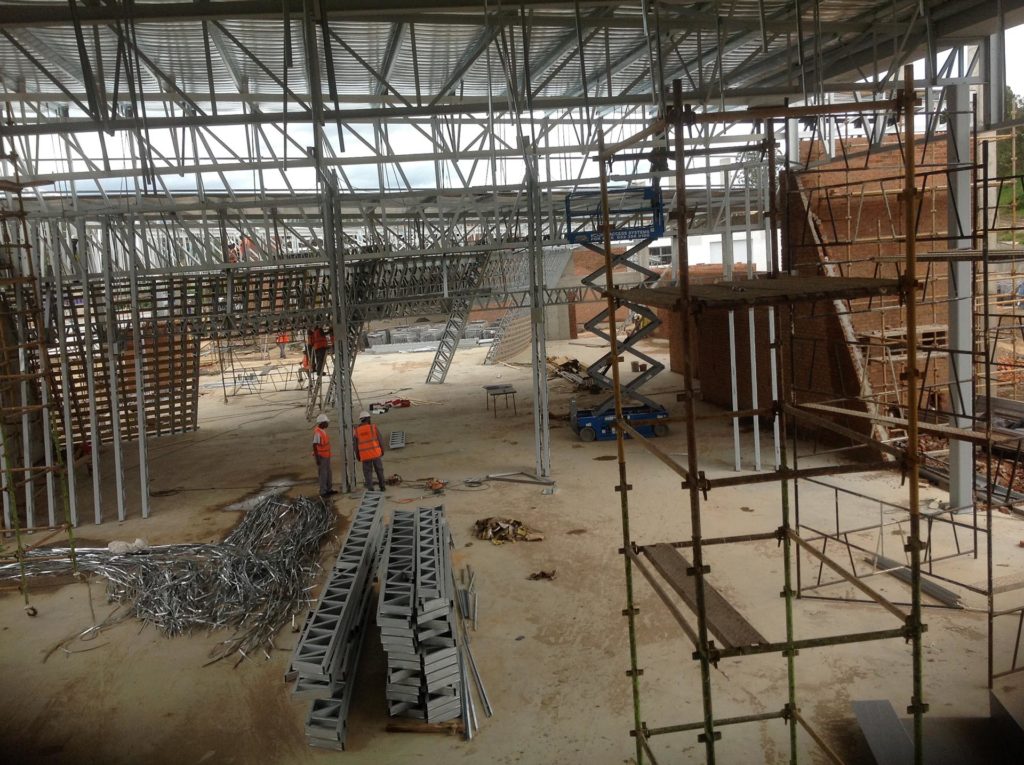 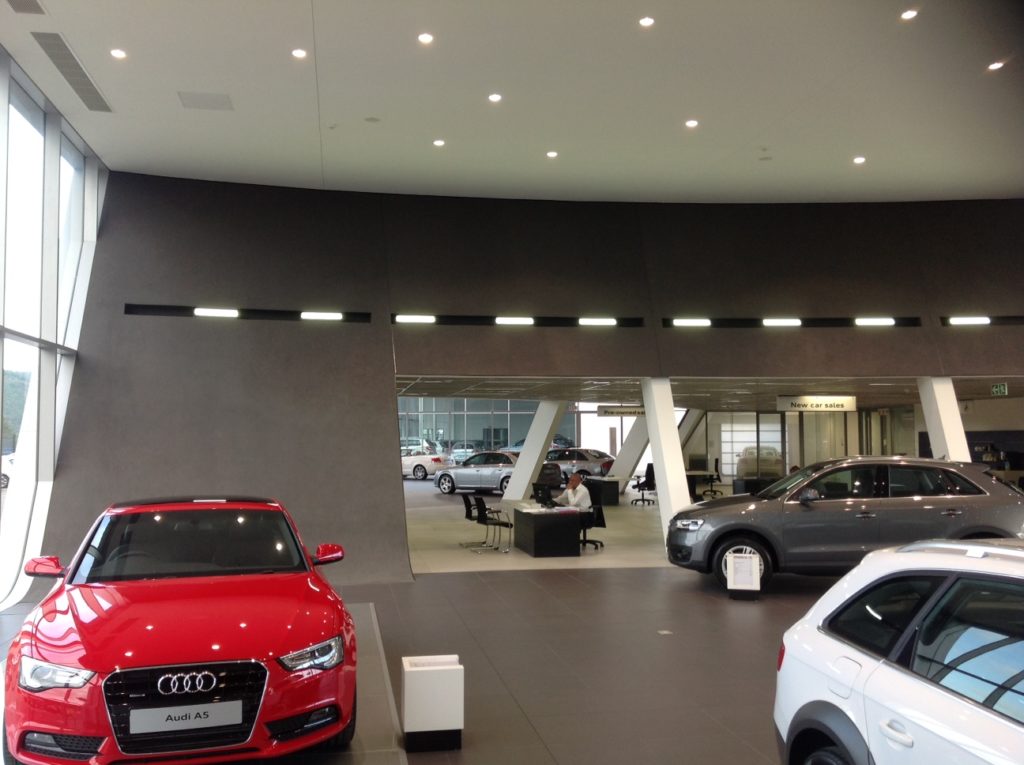