Sakhile Mbeje, one of Shospec’s five drivers, started working for us in 2009 as a co-driver. It didn’t take long for Sakhile to prove himself and be promoted to official driver. Funnily enough, Sakhile’s arrival at Shospec wasn’t as smooth sailing as his promotion though! Back in 2009, we were looking for a new driver and had arranged to interview someone who had been recommended to us. Sakhile turned up at the Shospec gate with his CV in hand looking for work at just the right time. Thinking he was the guy we were due to interview, we called him in straight away and sat him down. Impressed, we gave Sakhile the job on the spot. Only after the interview with Sakhile did the other guy, who we were meant to interview, turn up. Oh, you can imagine the confusion.  We felt obliged to give him a job too so we landed up with two new drivers on the same day! As it turned out, the other guy crashed one of the Shospec bakkies a couple of days into the job and didn’t return to work. Sakhile, on the other hand is still at Shospec blazing a trail around town and proudly representing Shospec at every turn!

So next time you see a Shospec bakkie/ truck in town, give a little shout out (if you’re shy, in your head is fine too!) to our busy drivers; it is the loyalty and support of staff like Sakhile that makes what we do a helluva lot easier. 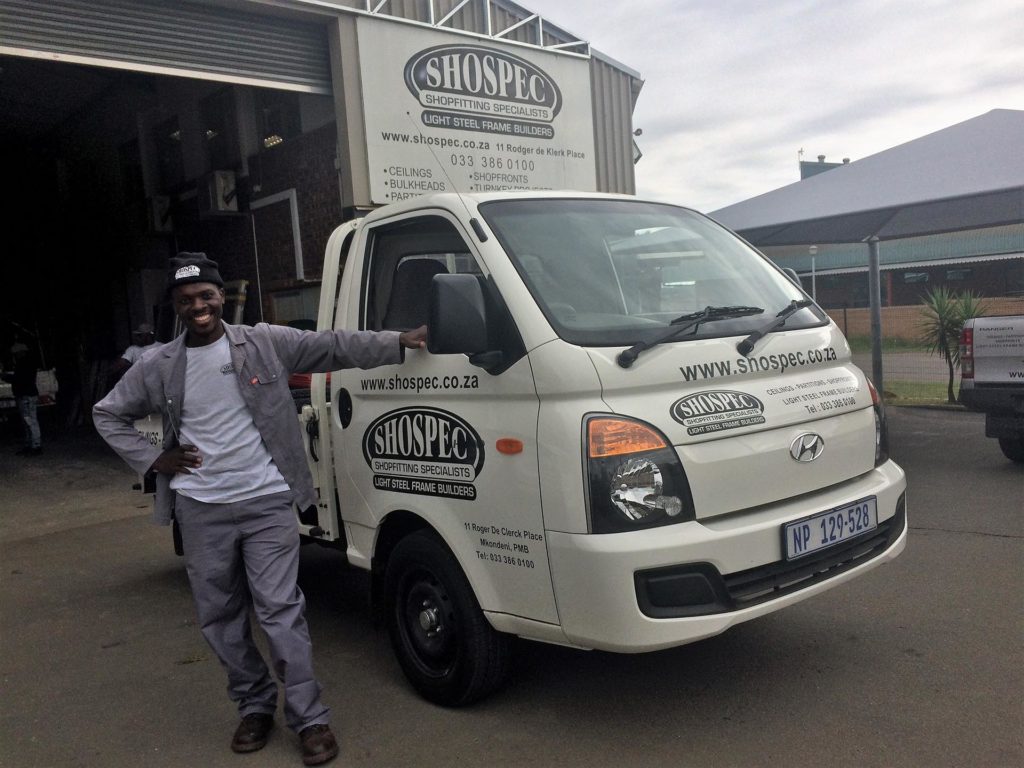